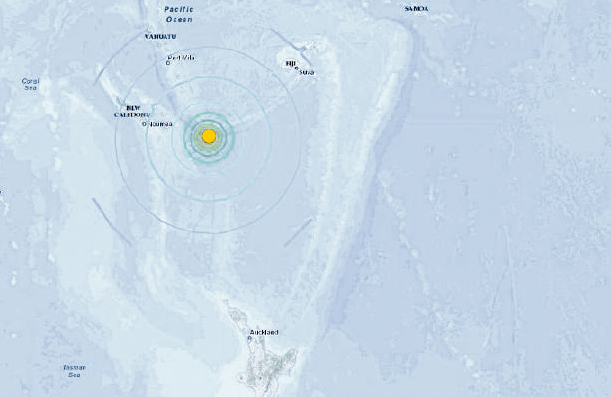 Three earthquakes occurred over a period of about 8 hours in the South Pacific between Thursday 4 and Friday 5 March. The third powerful earthquake hit off the coast of North Island, New Zealand on Friday, 5 March 2021, 7:28 am local time. This magnitude 8.1 quake occurred near the Kermadec Islands about 880 km north of New Zealand, at a depth of 20-24 km.

The earthquake warning was lifted later that day, at around 1:40 pm local time. According to the latest tsunami threat message from the Pacific Tsunami Warning Center, tsunami waves were measured as far as the French Polynesia more than 3000 km northeast of the earthquake’s epicenter. Residents in coastal areas of Vanuatu were warned to move to higher ground. The warning was lifted the following afternoon.

These earthquakes are not uncommon and affect all the islands in the south Pacific like Tonga and Figi and of course, Vanuatu. More worrying for everyone is the threat of a possible resulting tsunami, particularly in Vanuatu where many of the islands are very low lying anyway and, with global warming and typhoons, under constant threat of flooding. It’s even predicted that some of them may disappear over the next few decades if things get worse!