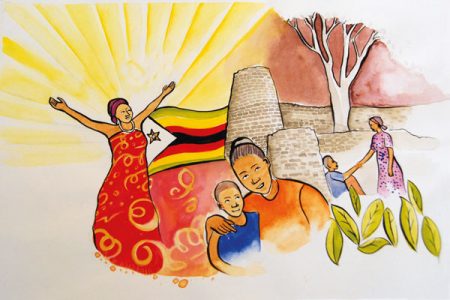 A friend sent us this information today with the news that he has recorded over 800ml of rain so far this season.

Interesting that as much as El Nino and La Nina are spoken about we don’t seem to have 7 year fluctuation periods dry vs wet. We understand that for many of you this may not be all that interesting but is playing a significant part in our lives right now.

Within 48 hours of me sending our last letter to you lock down restrictions which had eased towards the end of the year were tightened again with a 6 – 6 curfew and many businesses closed – only essentials available as in many parts of the world. It was originally for four weeks but has just been extended for another two. This is hardly surprising. Massive gatherings flouting regulations were held over Christmas and new year and we are paying the price in a rapid rise in cases and deaths, amongst them government ministers, one we read of today an ex MP leaving behind 12 wives and 79 children, There have been Methodist church ministers dying and more than 25 staff members in ZIMRA, the tax authority (that department is an integral part of Bruce’s work). We know of people who have died and many in our acquaintance who have been ill. Bruce has been working from home and I am getting the students from the Women’s Ministry on to whatsapp learning. Churches are closed and only 30 people at a funeral. However it is only in the last week or so that we have begun to see a more stringent application of the laws and people beginning to think that life may be changed forever. There are still some who keep talking in terms of “returning to normal”.