The Story of Zimbabwe

The name Zimbabwe (derived from the Shona words dzimba dza mabwe) means ‘house of stones’ and one of Zimbabwe’s impressive historical sites is the monument of the Great Zimbabwe, stone structures of granite, built with great masonry expertise about 900 years ago. It is thought to have been the capital of the Empire which lasted from 1220 to 1450. There is evidence of a sophisticated civilisation, trading in cattle, ivory and gold. The ruler Munhumutapa was the first to trade with the first Europeans to arrive (the Portuguese).

In the 1890s Cecil John Rhodes arrived to exploit the region’s mineral wealth with his British South Africa Company. He was also responsible for colonising the area that became Southern Rhodesia. During this period there was a systematic purge of the indigenous population in order to dispossess them of their land and its rich natural resources. The independence of Zimbabwe came at a huge price as thousands of lives were lost when people rose against the colonisers. Resistance to colonial rule continued until mass nationalism began to take shape in the 1960s. In 1965 the then Prime Minister, Ian Smith, unilaterally declared independence under white minority rule, because Britain refused to grant Rhodesia independence until it introduced black majority rule. From 1960 to 1979 there were many influential nationalists including Joshua Nkomo, and Robert Mugabe. In 1979 Ian Smith formed a unity government with the African National Council, and the country was christened Zimbabwe-Rhodesia. 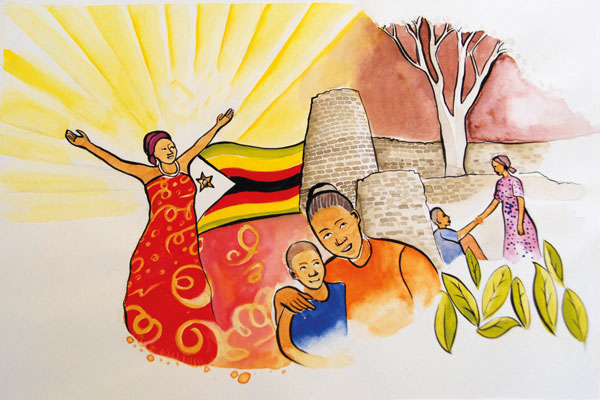 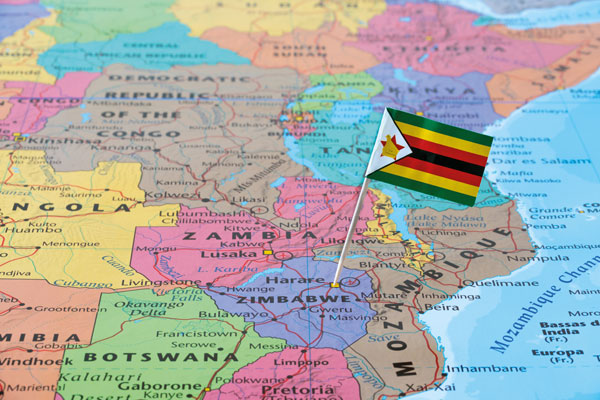 Independence and its Aftermath

The new nation now had to address issues of poverty, reintegration of warring factions and reconciliation. There were disturbances in different parts of the country until 1987 when the different factions signed a Unity Accord and the two major parties united to govern with Robert Mugabe as head of state and government, and Simon Muzenda and Joshua Nkomo as his Vice Presidents. Problems and grievances continued and living standards deteriorated.

In 2000, Zimbabwe embarked on a land reform programme with the aim of redistributing land, resources and wealth. White farmers were forced off the land. This policy provoked criticism and sanctions from the US and Western Europe. The deteriorating economic situation, galloping inflation, nationalisation of diamond mining, and the question of political succession have continued to occupy the country in recent years. In November 2017 a military intervention removed Robert Mugabe from power after 37 years as president, and Emmerson Mnangagwa replaced him. In 2018 elections were held but the result was contested by Nelson Chemisa, leader of the opposition party Movement for Change. However, the constitutional court upheld the result and Mnangagwa was confirmed the elected President with 50.8% of the vote.

On Independence, Zimbabwe declared access to education a basic human right but, in spite of one of the highest literacy rates in Africa, education is not free and some children in rural areas cannot afford or access schools, colleges and universities.

Missionaries brought Christianity to Zimbabwe just before the establishment of colonial rule. They built schools, hospitals and churches, many of which are still in use today. Churches worked closely with the colonial government to deliver health and education but, as time went on, became increasingly critical of injustice and lack of democracy, and supported the movement for independence and black majority rights. They had high expectations of independence in 1980 and despite the many problems have continued to encourage the country to find its way democratically and peacefully. The current Zimbabwean constitution allows for freedom to gather together for worship. Christianity is the main religion (80%), with the rest of the population following Islam, Judaism and traditional African religions.

The Flag of Zimbabwe was adopted at independence in 1980. It consists of seven coloured stripes in four colours: black for the majority population, green for the lush vegetation, red for the bloodshed during the liberation struggle, yellow for gold and minerals. On the left the white triangle stands for peace, the red star for hope, and the bird, the national emblem, represents the soapstone birds found in the ruins of the Great Zimbabwe.

Zimbabwe, in the south-east of Africa, is a land-locked country of immense beauty and diversity, almost 400,000 square kilometres (nearly twice the size of the UK). It lies between the mighty rivers of the Limpopo to the south and the Zambesi to the north. It shares borders with South Africa, Botswana, Zambia and Mozambique, and the Inyanga and Udzi mountains stretch along its eastern border. It is rich in natural resources and minerals, among them coal, copper, nickel, gold and diamonds. On the Zambesi and at the point where Zambia, Botswana and Zimbabwe and Namibia meet are the dramatic Victoria Falls – a major tourist attraction.

Zimbabwe lies in the tropics. The temperature and climate vary greatly with the altitude. There are distinct seasons: cool, dry winters (July – October), hot, dry summers (November – March) and a rainy season from April to June. In the eastern mountains there are tropical forests, but most of the country is savanna where big game animals (elephants, rhinos, lions, leopards, water buffalo) are found. Among the numerous flowers the flame lily is the national flower of Zimbabwe.

About 16 million people live in Zimbabwe, and about 50% of them are young. There are 16 official languages, reflecting the tribal history of the region. The majority languages are Shona and Ndbele, and English is a first language for only two per cent of the population.

Women make up 51% of the population. They play a significant role in the socio-economic life of the country. Many rural households are headed by women, since husbands often migrate to towns to find work, and young people leave their villages for neighbouring African countries or elsewhere in the world. Because of a complex interplay of economic, social and historical factors, women and girls often face systematic disadvantage, especially those who are poor, live in rural areas or are from particular social groups. They face barriers to education, early marriage, poor gynaecological and obstetric provision, violence in the home and legal discrimination regarding family law. Various groups are lobbying for gender equality and some laws have been enacted to protect women against gender-based violence. It is nearly always women who look after those with disabilities: physical, mental and emotional.