Rise! Take Your Mat and Walk

Modern Slovenia became independent on 27 June 1991. It lies at the heart of Europe, bordered by Italy, Austria, Croatia and Hungary. It is a land of immense natural beauty, great variety of scenery and varied climate. One of the smallest countries in Europe (it is 20.73km2, roughly the same size as Wales), it has a population of just under two million people (about twice the population of Birmingham). Almost half of the people live in cities, and over a quarter live in the capital, Ljubljana.

The majority (82%) are Slovenes, but there are also Croats, Serbs, Bosnians, Macedonians and Montenegrins, and a small number of Roma, who have their own language and customs. The official language is Slovene, but Hungarian and Italian are co-official languages for those minority communities.

The Slovenian national flag, adopted in 1991, has three equal red, white and blue horizontal stripes. In the top left corner is the national coat of arms: the triple-peaked Mount Triglav, two blue wavy lines (representing the Adriatic Sea and many rivers) and the golden stars from the coat-of-arms of the Counts of Celje, a Slovenian dynastic house from the 14th century. 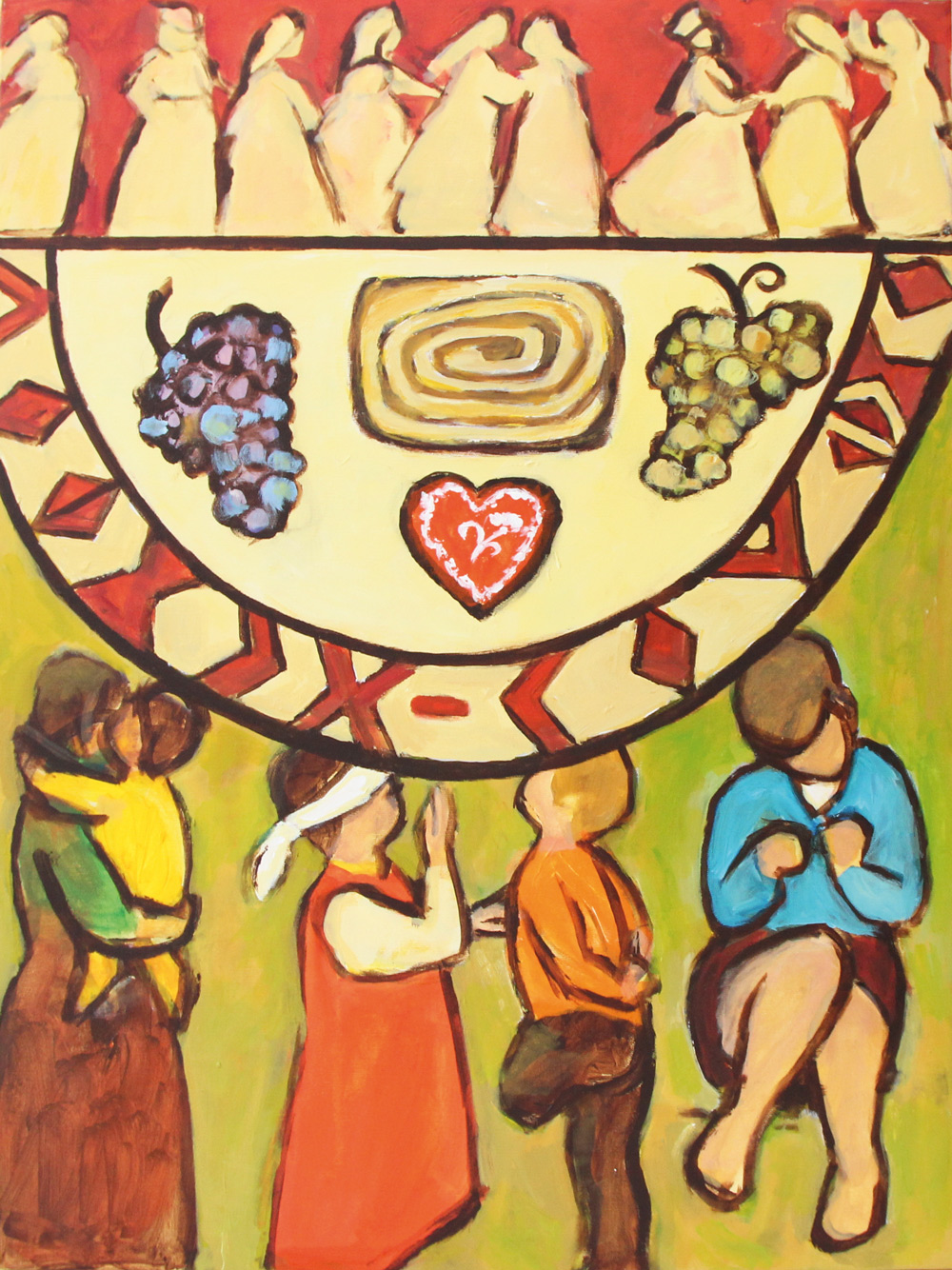 Slovenia may be a new country, but the region has a long history, with the earliest Bronze Age settlements dating back to 2,500 BC. In the first and second centuries AD the area belonged to the Roman province of Pannonia. After the fall of the Roman Empire, it was invaded and settled by a series of Germanic tribes in the 5th century AD; the ancestors of the Slovenes arrived around the 6th century AD. Two hundred years later, the Holy Roman emperor Charlemagne annexed part of the region and much of the area became Christian.

Then for 600 years, from the 13th century to 1918, the Slovene territories were part of the huge Austro-Hungarian Empire. They were attacked by the Turks, invaded by the French and ruled by the Austrians. In 1848, the regions settled by Slovenes became a single country, but at the end of the First World War, with the collapse of the Hapsburg empire, a united kingdom of Slovenia, Croatia and Serbia was created, and in 1929, was named Yugoslavia.

Between the world wars many Slovenes found themselves in territory controlled by Hungary, Germany and Italy, and during World War II there was much inter-ethnic fighting. After the liberation in 1945, Soviet suppression led to the massacre of many civil and military personnel and around 600 mass burial sites have been identified.

After World War II Slovenia was one of six federal states making up the new Yugoslavia (which now included Bosnia-Herzegovina, Macedonia and Montenegro), a socialist non-aligned state under Josip Borz Tito. Following Tito’s death in 1980 there was increasing economic and ethnic tensions and, in 1991, Slovenia declared its independence from Yugoslavia.

The Roman soldiers introduced the cult of Mithras to the region, but Christianity was introduced in the first century AD, and there was an increased Christian presence in the 3rd and 4th centuries. With the invasion of the Germanic tribes, the area became largely pagan again. However, in the 8th century, under Charlemagne there was a new wave of Christian conversion. In the mid-16th century the Reformation was responsible for a burgeoning of Slovene-language literature and by 1584 there was a Slovenian translation of the Bible. In the 17th Century the monarch and the Catholic Church opposed Protestantism. In recent years, the Lutheran cultural contribution has been recognised by making Reformation Day (October 31st) a national holiday.

During the communist years, religious conviction was persecuted with imprisonment and restricted access to jobs. In 1991, when Slovenia became independent, the religious institutions regained their social role. However, certain cultural prejudices remain. According to the 2002 Population Census of those who identified themselves as having a religious affiliation were Roman Catholic (almost 60%), Orthodox and Islam (approximately 2.5%), and Lutheran (about 1%). Members of Islam and the Serbian and Macedonian Orthodox Churches come mainly from the former Yugoslavia, whereas Lutherans are found mainly in the communities to the north-east.

Slovenia has a range of different climates depending on the region. In the mountainous areas, Dinarides, the winter temperatures fall well below zero. In the south west, along the coast, there is a sub-Mediterranean climate with temperatures usually remaining above freezing throughout the year. Most of the country has a temperate climate, like Britain, though summers are considerably hotter, except on the high plains.

Central Slovenia contains a limestone area called the Karst region with fantastic underground caves. There are more than 10,000 caves in Slovenia but only 21 are open to tourists.
A third of the country belongs to the European Nature Protection Scheme, Natura 2000. The greatest single protected area is the Triglav National Park (83,807 hectares/approx.323 sq. miles).

Women make up just over half of the population of Slovenia, due to their slightly longer life-span. Those born after 2000 have an average life expectancy of 82 years.

Women have the same access to education as men, as is seen in the very similar numbers of students, graduates and doctoral students in universities. 65% of women work, and of those 92% work full time. The majority of women work in health and social services, the public sector and teaching. On average women earn 7% less than men, one exception being in the construction and transport industries where, despite being only 10% of the working population, many have higher paid jobs than men.

In families where both parents work, housework and childcare is shared with the grandparents. Work-life balance is an issue for working mothers with the burden of domestic tasks such as buying food, cooking, cleaning, laundry and helping children with their homework falling to women.

Slovenia held their first World Day of Prayer in 2000, organised by Ljudmila Schmidt Šemerl from Switzerland. Corinna Harbig took over the following year encouraging women from across Slovenia to work ecumenically, preparing and centrally translating the worship service and resources. Today around 500 people from Catholic, Lutheran, Pentecostal and evangelical churches attend the World Day of Prayer in six locations around Slovenia.

Education has always been important in Slovenia and school attendance has been compulsory as far back as the 18th century. Today, free basic education is compulsory from the ages of six to fifteen, with over 450 national primary schools, five private schools and twenty-eight schools for children with special needs. Optional pre-school or nursery education is available for children from the age of one, for which parents pay up to 80%, according to their means. Children start school at the age of six and from fifteen can choose to go on for a further two to five years of upper secondary education, with more than two hundred educational programmes to choose from. These include general, technical, vocational or specialised education.There are forty higher educational institutions and five universities, of which three are public and two are private. The oldest university is the University of Ljubljana, founded in 1919.